TRG BESTNETS currently offers four lines of products created and designed to cover the needs of the specifics markets on all five continents.
www.trg-bestnets.com

The product division for the care of sports technical footwear and equipment. It is divided into three lines: Ski, Golf and Biker.
www.trgsport.com

The brand that offers the market a complete range of biodegradable & top-quality products to protect, clean and care for your shoes.
www.rnow-sneakerculture.com

Who we are TRG
Family Tradition since 1940 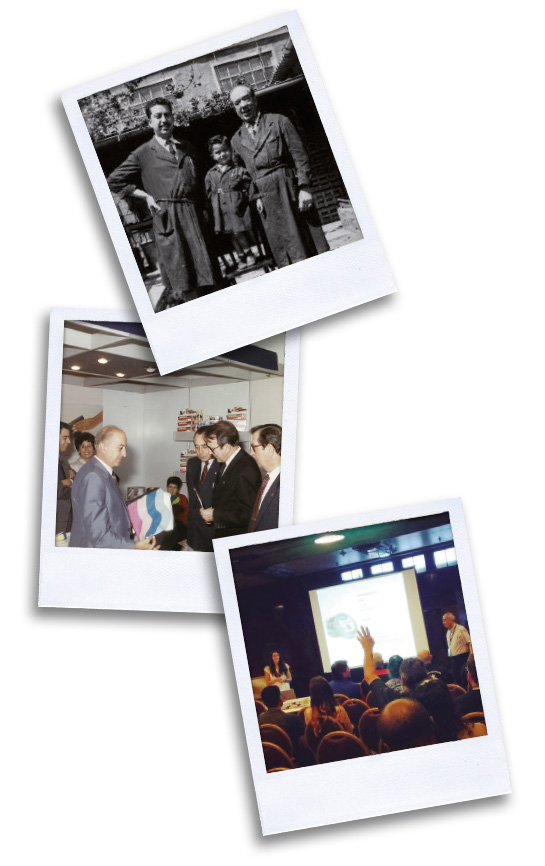 1940
Joaquim Tarragó Bescós, technical expert in textile dyes, established his own family business of dyes for domestic use, legally registered under his own name. Commercially it became known as Productos Tintolina Tarragó.

1962
Joaquim Tarragó Gràcia, took over the family business, mainly focusing on the manufacture and sale of dyes for footwear, having developed a water-based range, which was a real innovation in the industry.

1984
Joaquim Tarragó Llobet, takes the management of the business. At this third stage, the company develops one of the most extensive shoe care range in the industry, which leads the expansion of the company internationally, reaching a presence in more than 50 countries.

2009
This year, Joaquim Tarragó Llobet restructures the family business through the new company, TRG Bestnets, and under the TRG brand. Subsequently, the members of the fourth generation of the Tarragó family join the management of the Company, giving this family tradition a new kick up to the next level, with a bright future ahead.

Currently at TRG BESTNETS we are strongly committed to the values of our family tradition, with respect for this legacy, and working hard to innovate and develop a range of products of the highest quality, for the care of footwear and accessories. This allows us to keep being present in more than 50 countries all over the world.

We use our own and third-party cookies to analyze user navigation, personalize content and offer social networking features.
By pressing the "I ACCEPT" button, you consent to these cookies. You can obtain more information, or know how to change the configuration, by clicking on “MORE INFORMATION”.
I accept
More information